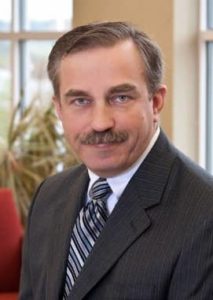 Jeff has represented individuals and business entities ranging from sole proprietorships to multi-national corporations.  He has also represented the interests of clients in various legal matters throughout the United States. Prior to forming J.W. Krueger Law, LLC, Jeff held positions as an attorney in both the public and the private sector including positions with small, mid-sized, and large law firms.

Jeff is admitted to practice in all state courts in Ohio as well as the Supreme Court of the United States, the U.S. Court of Appeals for the Sixth Circuit, the U.S. Tax Court, and the U.S. District Courts for the Northern District of Ohio, the Southern District of Ohio, the Western District of Pennsylvania, and the Eastern District of Michigan. He has also been admitted to practice before a number of other courts throughout the country on a case-by-case basis and has served as local counsel for out-of-state clients in matters before Ohio courts.
Jeff is a member of the Ohio State Bar Association, the Medina County Bar Association, and the Federal Bar Association. He has been a presenter at various seminars dealing with federal civil practice and commercial law as well as volunteering his time with a number of groups and charities.

Outside Of The Law Firm

Jeff was raised in Summit County, Ohio and he and his wife have resided in Strongsville, Ohio since 1992. They have four children and four grandchildren. He is an avid fan of the Las Vegas Raiders and the Cleveland Cavaliers.